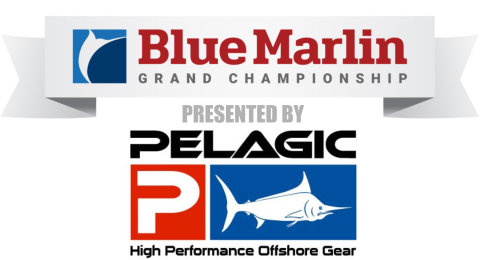 CLICK HERE for a Print-Friendly version of the Tournament Rules.

REGISTRATION *Blue Marlin Grand Championship reserves the right to refuse application or entry into the Tournament at its discretion with or without cause.

The Tournament format will be split between weighed Blue Marlin, Catch and Release, and Gamefish.

*If only two eligible fish in a Tournament entry category are weighed, the payout will be split 1st Place (60%) and 2nd Place (40%). If only one eligible fish is weighed in a category, that fish sweeps the category. If no gamefish are caught in a category, the total Tournament Cash Awards for the category will be evenly distributed between the remaining two categories then paid 50%/30%/20% (1st - 3rd)

OPTIONAL CASH AWARDS:
Teams may enter Optional Cash Awards categories online before the Tournament at bmgc.catchstat.com or at Check in/ Optional registration at the Orange Beach Event Center on Wednesday, July 12th, from 3:00-8:00 PM.

The heaviest Blue Marlin weighed will be awarded 1st place in the Weighed Blue Marlin Tournament Payout and will be Tournament Champion. 2nd and 3rd place follows sequence according to heaviest weighed.

If no eligible Blue Marlin are weighed, Tournament entry fees for weighed Blue Marlin will roll over to Catch & Release.

Thursday, July 13th
9AM Mandatory Captain's Meeting Held at The Orange Beach Event Center
10:01 AM Tournament Departure from The Wharf Marina
A Work of Art will lead teams from the Wharf through Perdido Pass. Boats departing from other marinas in Orange Beach will fall in line.
The Tournament will officially begin with a shotgun start at Noon on VHF 72.

Saturday, July 15th
6:00 PM Tournament Return Demarcation Line Tournament boats must return to The Wharf weigh-in through Mobile Pass and must be visually confirmed by Tournament spotters at the official demarcation line between ICW markers #103 & #104 at Sailboat Bay by 6 PM.

Boats not inside demarcation line by 6 PM will be ineligible to weigh-in or submit Catch & Release video.
Boats may not return to the Wharf via Perdido Pass.

The following species and size limits of gamefish, when caught in the Gulf of Mexico per all Tournament Rules, will be eligible for Tournament awards. The use of dart gaffs and harpoons is prohibited.
No Tournament boat may be in possession of more than one Blue Marlin at a time.

Weighed Blue Marlin 110 inch minimum length. Lower Jaw Fork Length (LJFL). The length of a fish as measured from the tip of its lower jaw to the fork of the tail (over body of fish measurement method).

Video back up of all boated Blue Marlin is recommended.

Billfish are considered caught when the leader connection or swivel touches the tip of the rod or the mate or other team member touches the leader.

Billfish removed from the water or boated and deck checked will be disqualified.

Video must be captured on a digital video camera and must include:
If the video shows the time of release but no date: The GPS time as recorded will be used and the last date of Tournament fishing is used as the official release date.

If the date is shown but no release time: The date as recorded will be used and the time of check-in at the official demarcation line (#103 & #104) Sailboat Bay is used as the official release time.

The earliest times and dates will be the determining factor in breaking a tie.

On Saturday, times recorded at the demarcation line will be used to break Blue Marlin and gamefish ties.

Catch and Release Tiebreaker: ties are broken by the team to reach the total amount of points first as verified by the boat's GPS time.

Demarcation times will also be used for catch and release video scoring ties in the event of missing GPS date/times.

Weigh Scales Open 7 AM - 8 AM
'Early-Bird' weigh-in. Blue Marlin only.
To schedule a Friday morning weigh-in, teams must call and receive a confirmation from the Tournament committee by 9 PM on Thursday, July 13th.

Weigh Scales Open 5 PM - 7 PM
Check-in at Sailboat Bay not required on Friday.
The boat must be clearly in sight of weigh dock by 7 PM to be eligible for weigh-in.

Each fish to be weighed must be tail tagged with the boat and the angler name before the fish leaves the boat. Tail tags are included in the registration packet handed out at check in.

All fish must be off-loaded and weighed at The Wharf central weigh-in station.

Fish to be weighed must be in fresh condition, not frozen nor mutilated in any such manner.

The weigh-in committee, led by Weigh Master Craig Martin, have the final decision and authority to disqualify a fish for poor condition or mutilation. All potentially mutilated fish must be disclosed prior to arrival at weigh-in.

Fish to be weighed or catch and release videos may not be transferred from one Tournament boat to another.

Only teams that have successfully cleared the demarcation line at Sailboat Bay, on Saturday, July 15th before 6:00 PM, will be eligible to have video scored.

Scoring order may be prioritized for teams with multiple Blue Marlin releases.

One team member shall accompany videos to be verified with completed Verification Billfish Scorecards to video scoring at The Marina Office.

Verification Billfish Scorecards must be completed, legible, and signed by the captain before arrival at the video judging area. Incomplete or non-legible scorecards may cause loss of place in line until corrected.

The first release video should be cued up and ready to play immediately.

Multiple fish may be recorded on the same video, but the scorecard should reflect the official release order.

Videos must be digital, preferably on an SD or micro SD card. Videos must be able to be transferred from your video device to a laptop computer for viewing.

Teams are responsible for providing any needed cables or adapters for the judges to score videos.

The team representative will sign a video scorecard accepting the video judges scoring as final.

Video Verification judging will conclude with the closing of weigh-in or after the last eligible team waiting in line video has been judged.

Blue Marlin Grand Championship winning captains will be polygraphed. Failure to comply will result in disqualification of the participant and, at the discretion of Tournament Officials, the participant's entire team. Disqualified participants and/or teams forfeit any and all entry money, prizes, or prize money and will be refused entry to future BMGC Tournaments.

Safety first! Participants agree to adopt a "safety first" approach at all times during the Tournament and to immediately report any unsafe behavior to Tournament Organizers/Rules Committee.

Participants agree to compete by IGFA rules with one exception: Rod may be transferred (handed off) one time within the first minute of the fight.

It is Participants' responsibility to comply with all Federal and Alabama state laws regarding angling rules, fishing licenses, permits, size limits, bag limits and any other regulations that may apply.

For information regarding Alabama Saltwater Fishing Licenses refer to http://www.outdooralabama.com/licenses/saltwater-recreational-licenses.

For information regarding Federal HMS Permits call 877.376.4877 or refer to www.hmspermits.noaa.gov.

Recordings of video images and sounds become the property of the Tournament. The Tournament may use these for any purpose in any media format, including but not limited to Tournament television, radio, social media, print, television series, advertisement, or future marketing campaigns.

Teams and participants should make their decision to fish based solely on their own judgment of prevailing conditions, vessel seaworthiness, and captain and crew's seamanship skills. Participation of at least one-third of the registered Tournament fleet constitutes a completed Tournament. Participation, as mentioned above, shall be defined as boats which pass the official line of departure demarcation which will be the Perdido Pass Bridge.

If the Tournament should be cancelled due to any cause beyond the control of the Blue Marlin Grand Championship, Tournament entry fees will be rolled over for one year less Tournament deposit. 100% of optional entries will be refunded.

The Participants specifically agree and consent to the use of any photograph, video recording, or audio recording in which they appear or are heard, by the Tournament Committee, Wharf Entertainment Properties, LLC, Wharf Retail Properties, LLC, Blue Marlin Grand Championship, LLC, Wheels Up Special Events, LLC, or Coastal Marina Management, LLC for any purpose whatsoever including, but not limited to, resale, advertising, and promotional material without compensation or restriction of any kind.

In the event the Tournament Organizers/Rules Committee cannot render or refuses to render a final and binding decision with respect to any dispute, protest, claim, difference, or controversy relating to any aspect of the Tournament Rules, Participants must first serve written notice to Tournament Interests within ninety (90) days of the failure or refusal to render a final and binding decision, setting forth in detail the nature of the alleged dispute and an itemization of remedies sought. Participants must then submit to mediation in good faith, bearing 50% of the mediation expense. Failure to serve proper notice or to mediate in good faith shall serve as a waiver of any rights to pursue litigation. In the event litigation is commenced by any party, Participants waive the right to a trial by jury Rules Committee: Scott Burt, Chris Miller, Art Favre, Craig Martin, Dewey Blaylock, Jim Cox. .


Section 21: Release of All Claims, Express Assumption of Risk, Defense, and Indemnification Agreement.

In consideration for being accepted by the Tournament Organizers for participation in the Blue Marlin Grand Championship of the Gulf, the Participants hereby agree to defend, indemnify, and hold the Tournament Committee, Sponsors, Blue Marlin Grand Championship, LLC, The Wharf Entertainment Properties, LLC, Wharf Events, LLC, Wharf Retail Properties, LLC, Coastal Marina Management, LLC, Wheels Up Special Events, LLC and their respective officers, directors, employees, agents, volunteers, partners, members, affiliates, subsidiaries, successors, predecessors, vessels, and/or attorneys (collectively, "Tournament Interests"), and any other Tournament participants, harmless for any and all losses, claims, damages, expenses (including but not limited to all reasonable attorneys' fees and expenses of litigation through all appeals), demands, liabilities, costs and obligations (including but not limited to claims for personal injury, loss of life, and/or damage to property) (1) whether or not arising out of the ordinary negligence of Tournament Interests; (2) in connection with any activities arising out of the Tournament;(3) for loss or damage to any vessel, its tackle, apparel, engines, machinery, appurtenances, equipment, stores, boats and furniture due to fire, theft, vandalism, collision, equipment failure, windstorm, rain, hurricane or any other casualty; and (4) against any losses incurred as a result of any Participant's breach of the Tournament Rules and/or this Release. This Release of All Claims, Express Assumption of Risk, Defense, and Indemnification Agreement shall survive the expiration or termination of the Tournament and this Agreement.

In the event of any losses, claims, damages, expenses, demands, liabilities, costs and/or obligations arising out of the Tournament and the Release (contained in Section 21) prior to initiating litigation against Tournament Interests, Participants must first serve written notice to Tournament Interests within ninety (90) days of the alleged loss setting forth in detail the nature of the alleged claim and an itemization of remedies sought. Participants must then submit to mediation in good faith, bearing 50% of the mediation expense. Failure to serve proper notice or to mediate in good faith shall serve as a waiver of any rights to pursue litigation. In the event litigation is commenced by any party, Participants waive the right to a trial by jury.

Participant acknowledges and agrees no representations or promises have been made to or relied upon by him/her in connection with the subject matter of this Agreement, which are not specifically set forth in writing herein. All representations and promises made by any party to another, whether in writing or orally, are understood by Participant to be merged in this document. Participant further agrees and acknowledges he/she will not claim, at any time or place, that this Release has been orally altered, modified, or otherwise changed by oral communication of any kind or character.